A plague of porcupines

Saturday morning there had been a porcupine attack in the border. As usual the white irises were the target,  I never worry too much as they grow wild here so they are tough, two a penny and generally recover.  I thought about setting up my wildlife camera but the creatures have never attacked two nights in a row so I didn’t. Wrong again, Sunday morning they’d been back with a vengeance, just look at the destruction. 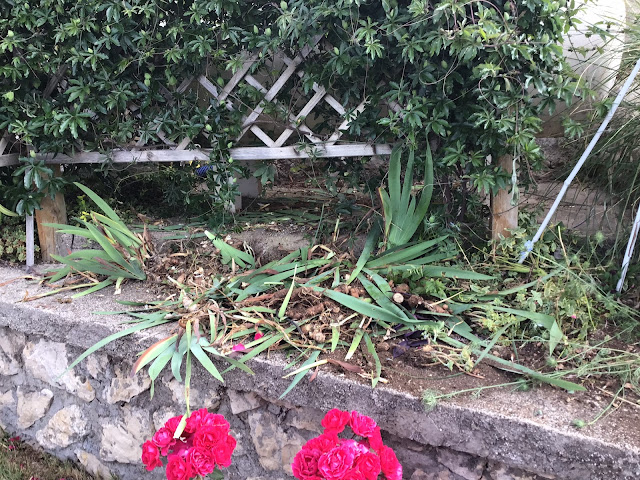 Not only were the remaining irises dug up and chewed, they’d also uprooted a lot of bulbs but not eaten them, I’ve replanted gladioli, oxalis, spraxis, obviously none of them tasted good.

I was surprised at the number of iris tubers excavated, there must have been a herd of porcupines and I worry they since there are so few iris remaining they might  start digging up plants that I am not prepared to lose, like the amaryllis that are just about to open or the well established nerines. 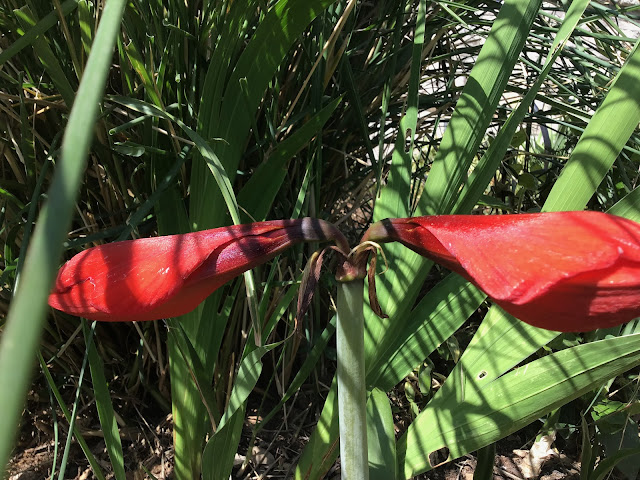 I set the camera on Sunday night not that it would stop them if they returned but at least I could see the culprits,  of course they didn’t return.  I’ll just keep up the surveillance until they are back unless they realise there is little left they want to eat and have moved on, I really hope so.