We have over the last three days had Le Tour de Yorkshire cycle race passing through our beautiful county. 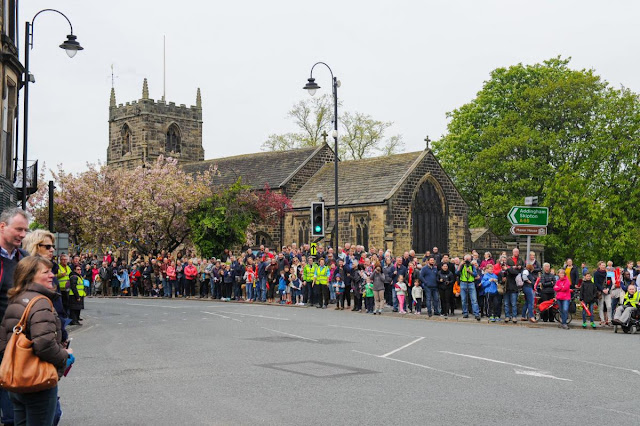 Today was the last and toughest stage that passed through our town before tackling some serious climbs amongst amazing scenery.  And did we get a mention on the news, did we heck.  I am furious, we had top cyclists, millions of people out on the roads celebrating a wonderful event, no trouble, no problems, just a lot of fun and its totally free to enjoy.   Football, boxing, formula one all mentioned on the national news, Le Tour de Yorkshire not at all. 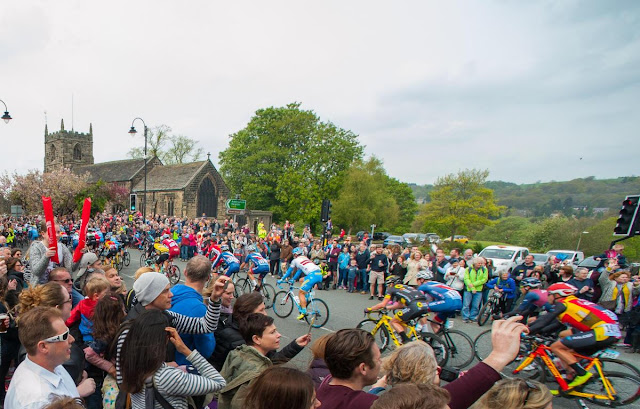 Every inch of the route was packed with people, I bet there were more than a million spectators,  every town and village decked out with bunting and flags. Our wonderful Sir Gary Verity, chief exec of Welcome to Yorkshire, was driven round the route ahead of the race accompanied by Christian Prudhomme director of the Tour de France.  He reported that neither of them could believe the crowds and support, even better than the two previous years.  I wouldn't be surprised if we don't get another Grand Depart here before much longer and we already have the world road racing championships coming here in 2019.   We produce great riders, champions, the first Brit ever to win a stage on the Tour de France was from Yorkshire.   Brian Robinson was born in 1930, rode competitively in the 50s and 60s and still rides today.  I've met him, he's wonderful, a modest, genuine man who loves and supports cycling.
Come on Britain, wake up to what happened here, this is special and important and positive, we are proud of how we make this event,  we want everyone to know how great it is and don't you think those guys on the bikes should get some credit to.  We are all cross.
Posted by Jennyff at 23:31 4 comments:

How did that happen 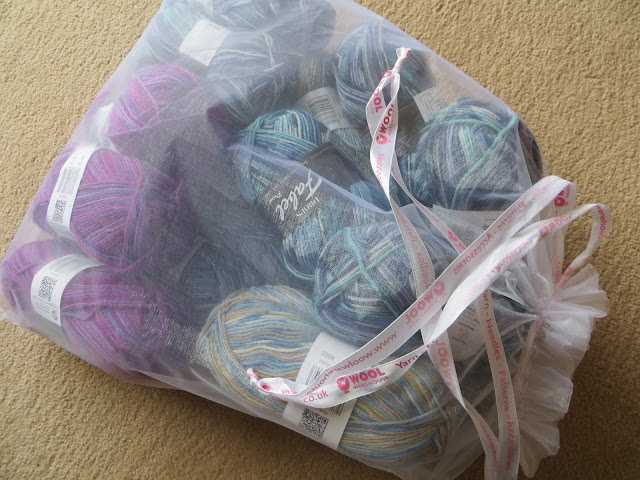 I am once again fully stocked with sock yarn so no further need to worry about me or the demise of my LYS. 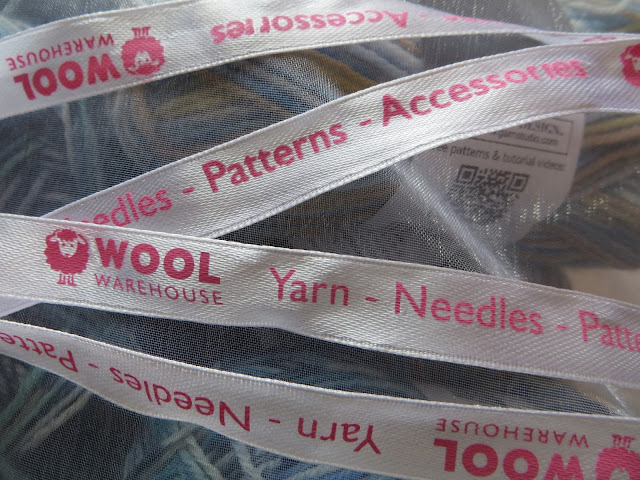 The latest addition was this package from Wool Warehouse, again a beautifully presented bag full of Drops Fabel 4 ply, a yarn I haven't used before.   For some fortunate reasons Wool Warehouse applied an extra 10% discount to my bill for readers of Simply Crochet, I don't read that magazine, I can't crochet, so each 50 g ball worked out at £1.89, excellent. 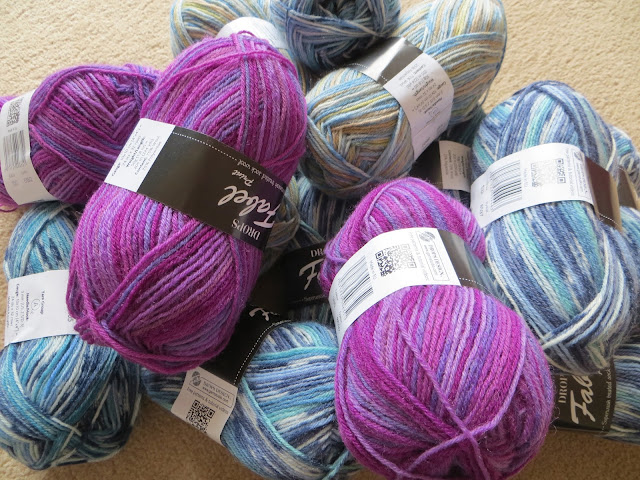 Before ordering I checked the reviews on Ravelry and read that it was best to buy three balls as you can get two pairs of socks from 150 g, so mostly I did that risking 5 in one of the blue shades and hoping for either 3 pairs in a man's size or even a small persons garment. 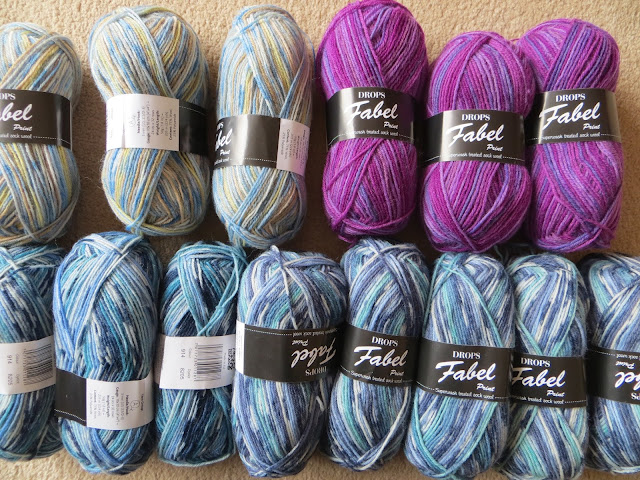 Rest assured that this year I shall not run out of yarn in Italy and I might still look there for something beautiful to make another Estuary. 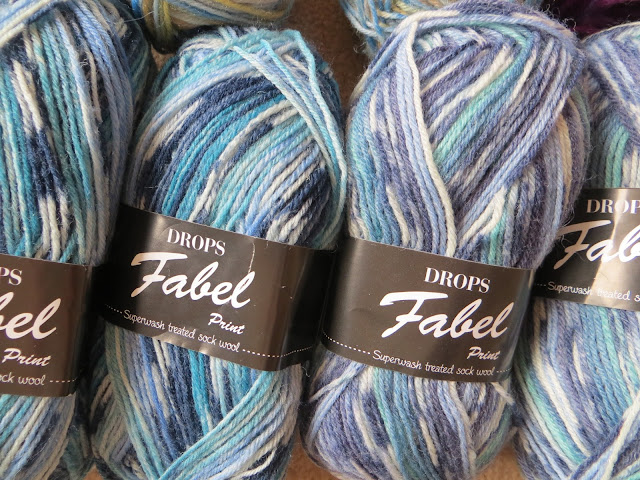 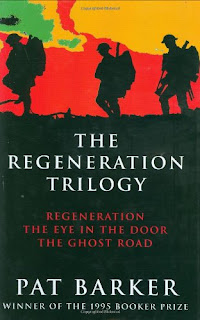 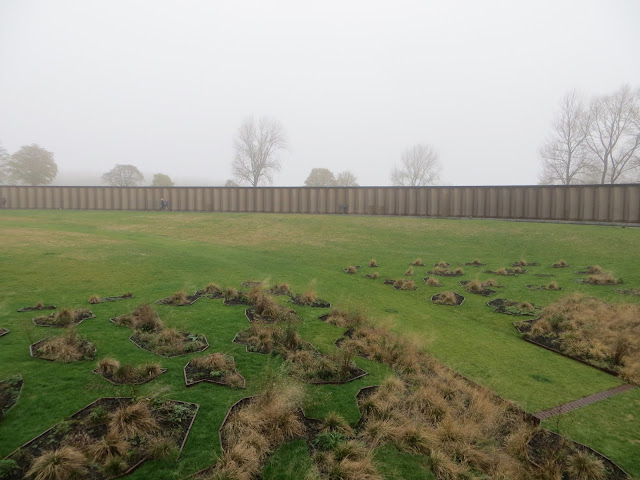 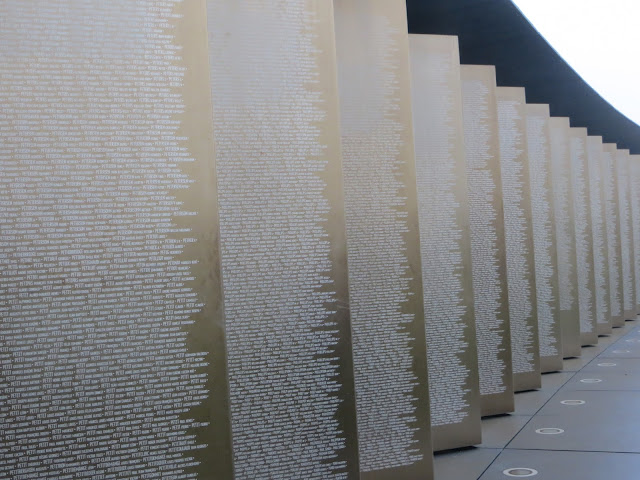 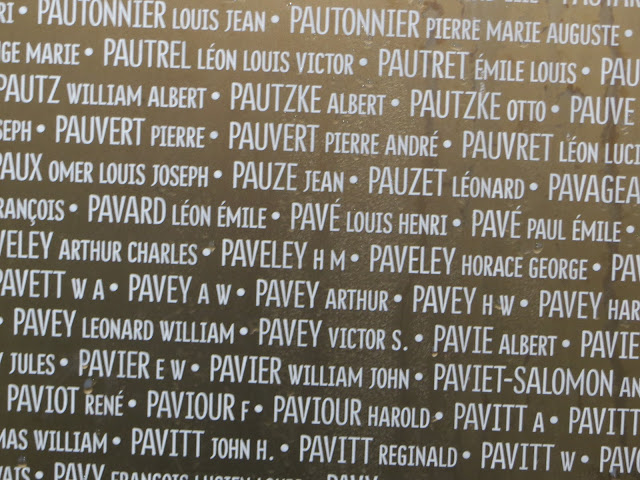 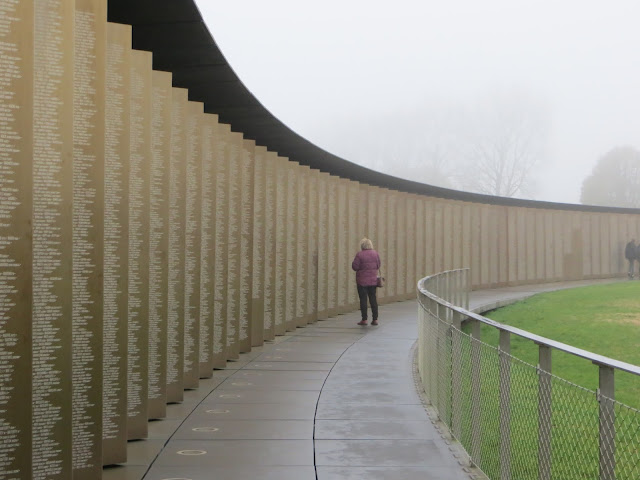 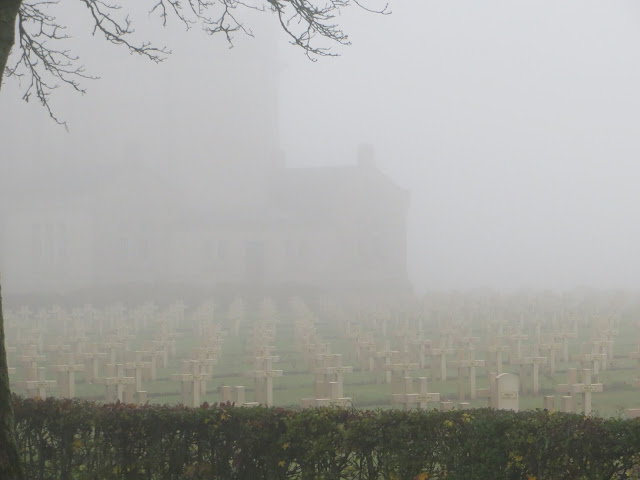 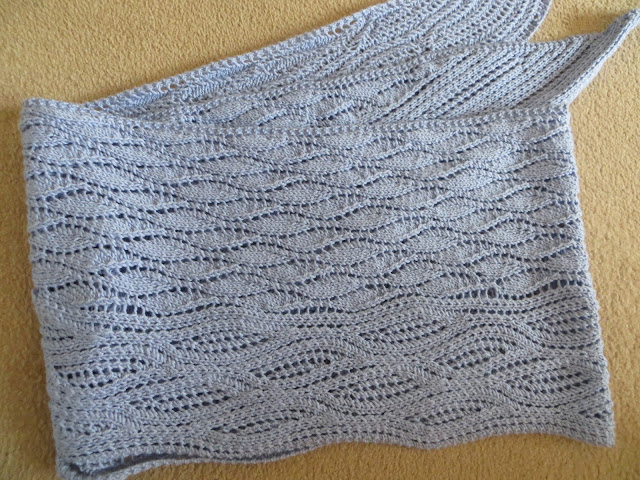 The Estuary scarf is finished and has been worn, yes it is more of a scarf than a shawl.  I was in one of the smart dress shops in town the other day and as soon as I walked in the sales assistant told me how beautiful it was,  I was very pleased and thanked her explaining I'd made it myself.  The yarn is beautifully soft, it drapes well and the pattern was delightful to knit, plenty of interest but not too challenging. So this item won't be leaving the penthouse but I'd be very happy to knit it again with some other suitably gorgeous yarn. 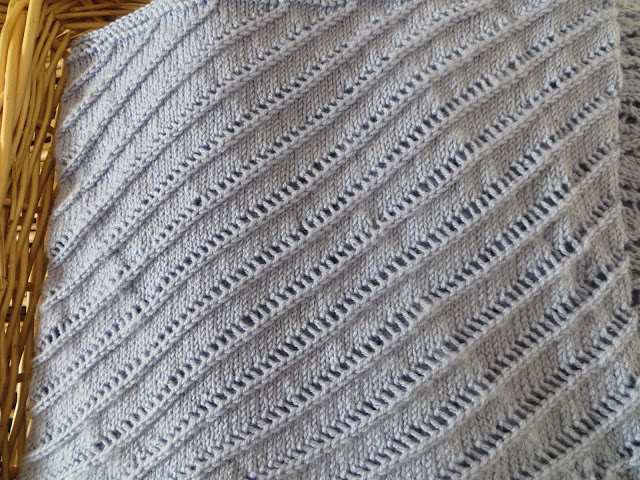 I used just under 4 x 50 g balls of yarn,  enough left overs to produce this little cowl which I am prepared to part with, its Spiral Cowl from Keri McKiernan.  I didn't knit the picot edge just started and finished with 5 rows of garter and kept going until the ball and a half were finished 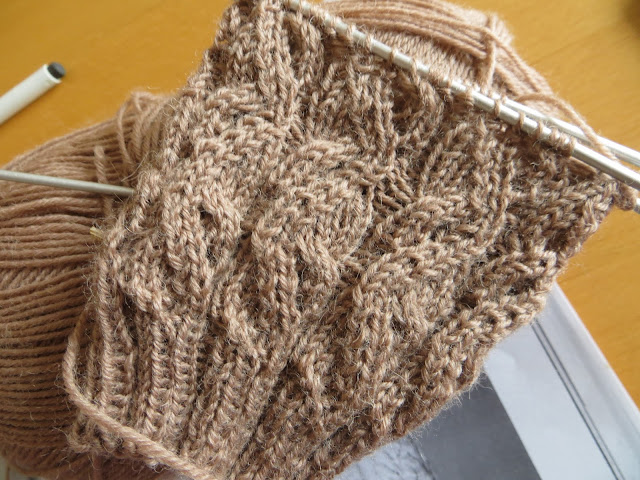 Back to socks for now, I've started Sunshine from the Cookie A book I borrowed from the library using West Yorkshire Spinners 4 ply in cinnamon stick. 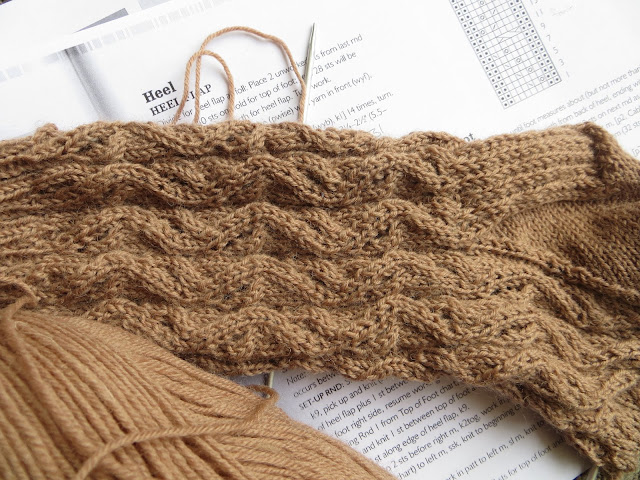 And speaking of lovely socks, let me give a shout out to Josie Kitten and her latest pattern, I've already printed this to take out to Italy where I believe there is a decent stash awaiting my attention.
Posted by Jennyff at 10:33 3 comments:

I don't have photographs of the bathroom before, it wasn't included on the estate agents details, for obvious reasons, it was the room they showed us last and I can understand why.  The floor tiles were black and white check, many of them broken because the floor underneath had been flooded in the past and rotted, the washbasin was a black counter top bowl that was too far onto the marble shelf to use comfortably and showed every soapy drop of water. 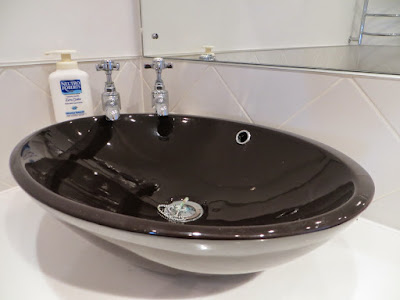 The cabinets had obviously been white and badly painted black, and the piece de resistance of course was the free standing black bath with silver feet, these are all the photos I have but you get the idea. 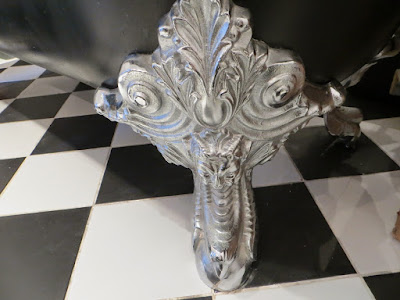 We managed to squeeze into the bathroom a large shower that has a steam facility, a bath, toilet and basin.  No way was I going to live in a home without a bath which did delayed the decision making and involve a lot of planning but we got there.  It was my original desire that I would be able to lay in the bath and look through the door across the bedroom to the hills but we had to move the door and take a chunk out of the bedroom to make space for new fitted wardrobes.  I was disappointed this didn't happen and very sad when the new wall was tiled, no going back then.
However the new bathroom is very beautiful.  There are just a few final touches, for example we fitted shiny white panels to the ceiling and the very last one to go up was damaged. 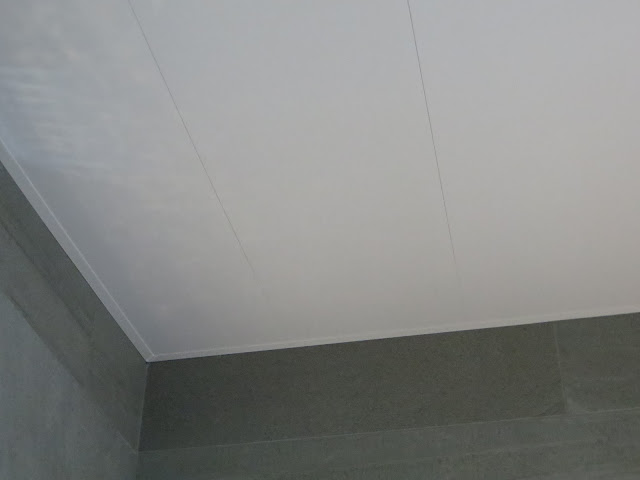 We have to wait a week for a replacement but I can't wait another week to show you. 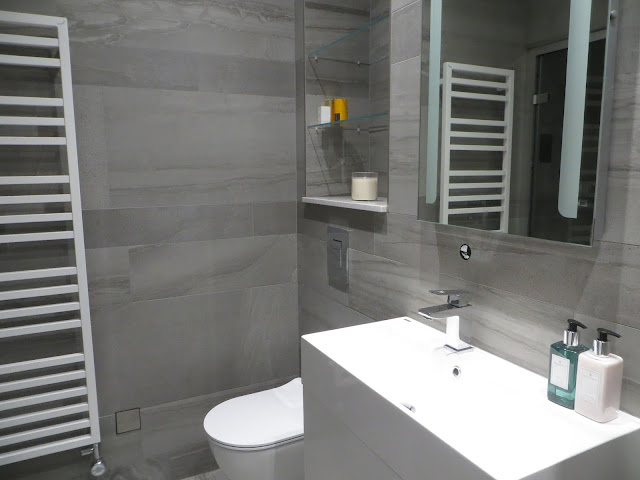 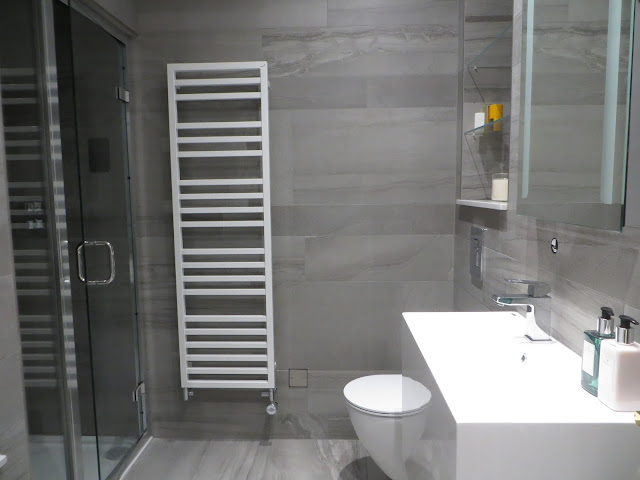 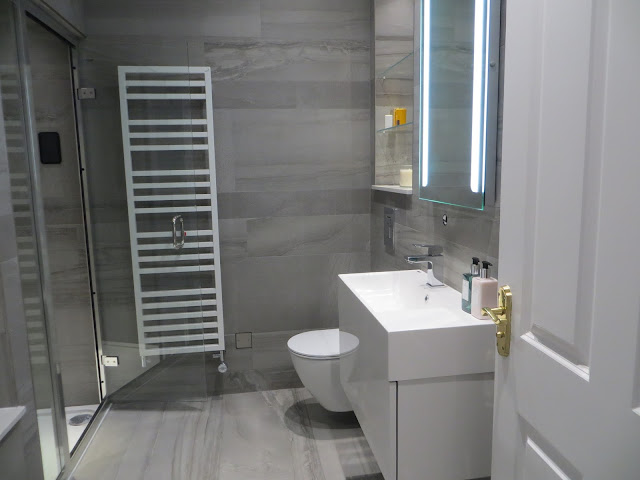 We designed the layout ourselves (after much argument) and sourced the fittings and tiles direct.  We paid day rates to Jim our plumber/tiler/boy wonder who added some very lovely details, Jack our joiner and Lewis our electrician, Mr FF project managed and I was the gofer doing emergency dashes for bits and pieces in town. I also provided copious amounts of tea and coffee, biscuits, bacon sandwiches and sometimes lunches, everyone got on great and it was a pleasure to have the boys around.  We are all delighted with the end result but personally I am so glad its finished.  Now where's my shower cap.
Posted by Jennyff at 17:21 13 comments: