Strimming season has begun.  Sunday morning when we sat out for breakfast listening to the buzz of machinery MrFF decided he would tackle our orchard rather than have another day working on the terrace. 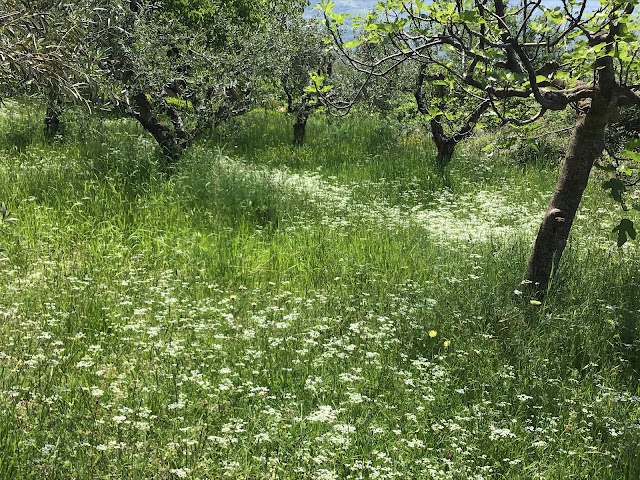 The orchard is such a happy place at present, I often wander down there early morning and again early evening accompanied by Grigio who since she was a kitten has enjoyed stalking in the undergrowth and climbing the trees. 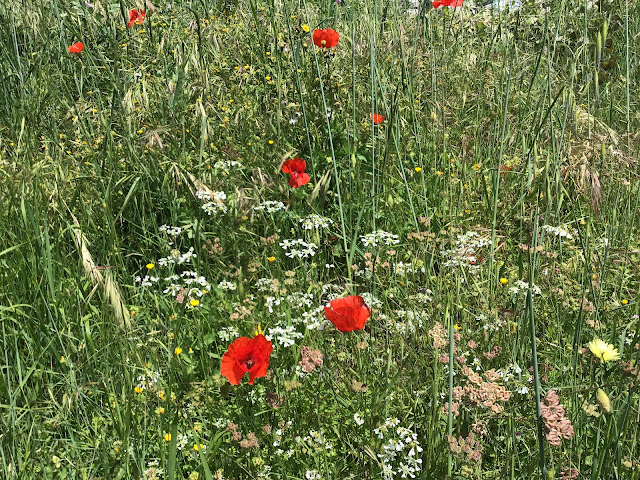 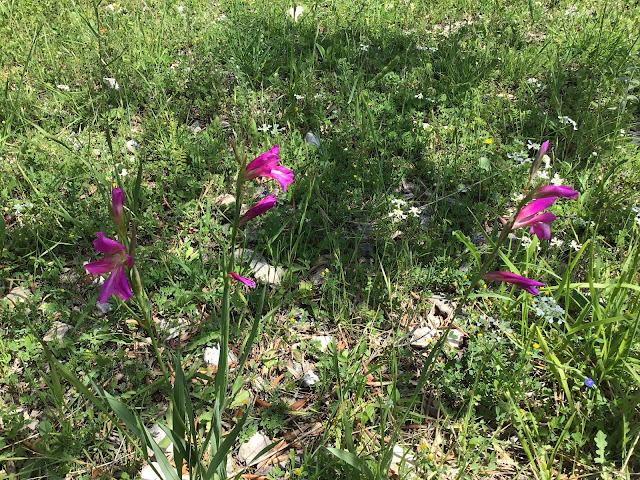 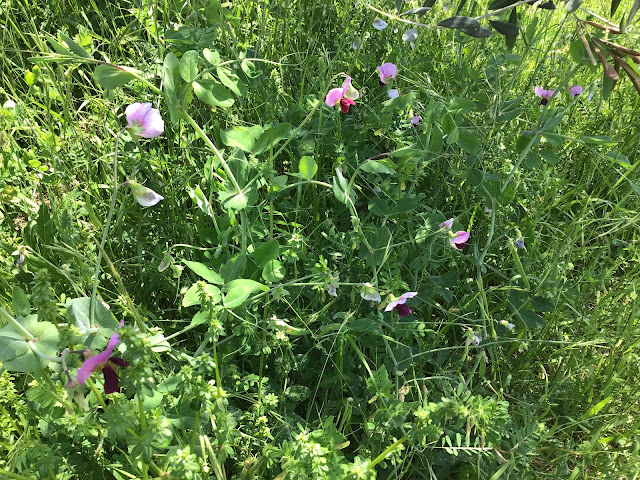 The wild flowers are beautiful, they get better every year, probably because we allow them to seed before they get cut down.  There are plenty of insects enjoying the flowers including ladybirds that will be beneficial for our crops. 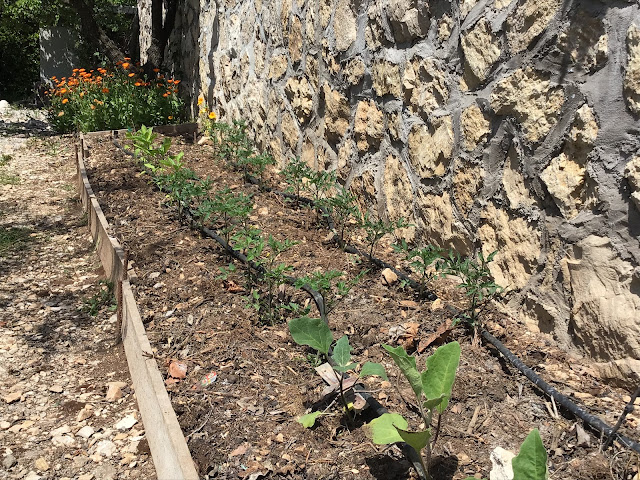 MrFF assured me that for now he is only cutting necessary paths, for example so that I will be able to pick the cherries and get to the bonfire site. 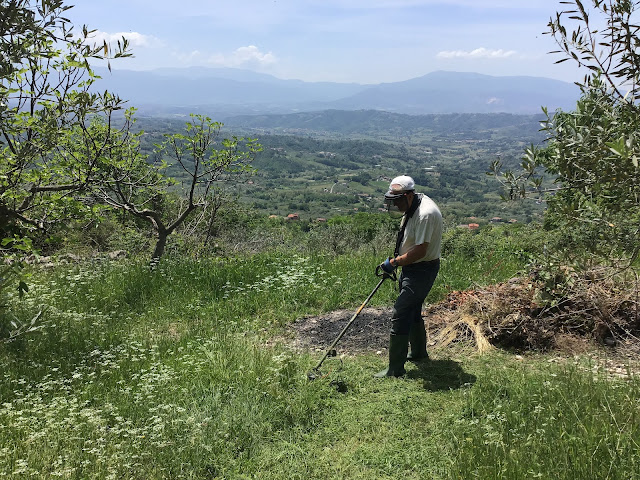 He will also cut down the wild oats that in places are taking over.  We’ve only had these for the past couple of years but they are everywhere, in the orchard, in the borders and among the olive groves right down to the village.  I don’t know where they came from but they are complete thugs that we will never be rid of.  Even if we clear our own land they will reseed from other places but at least there will be a few seeds less without the use of chemicals.