I think we picked our olives a little earlier this year.  We had been undecided what to do, our crop wasn’t great with a few well ladened trees and a lot with hardly anything but it seemed wrong to leave the fruit to waste.  We spoke to Giovanni our neighbour who had already started his harvest and he said we could put our minimal amount of olives with his to go to the frantoio, the mill, in the next village.
So we spent Saturday and Sunday furiously hand picking and managed to fill five crates.  Monday morning we weighed in 100 kilos and the mill said it was enough for our own run, which is pleasing for everyone as we all prefer our own uncontaminated oil.  We left our crop on Monday morning before the mill started working and it was Tuesday evening before we got a call from Giovanni who kindly took us in his car to collect the oil.    We had produced 15 litres,  Giovanni around 110 litres and he will be picking for another week with help from his family at the weekend.  He told me his son takes 50 litres of his oil per year and his daughter 80, he seemed to think she likes to bathe in the stuff.
So it wasn’t our greatest result but we felt it was a fair return.  Of course we made bruschetta when we got home, it wasn’t the strongest oil we’ve ever made and it didn’t have the fizziness you sometimes get for the first few days.  But it is enough for another year, it’s own own production, it’s pure and it’s miles better than anything we could buy. 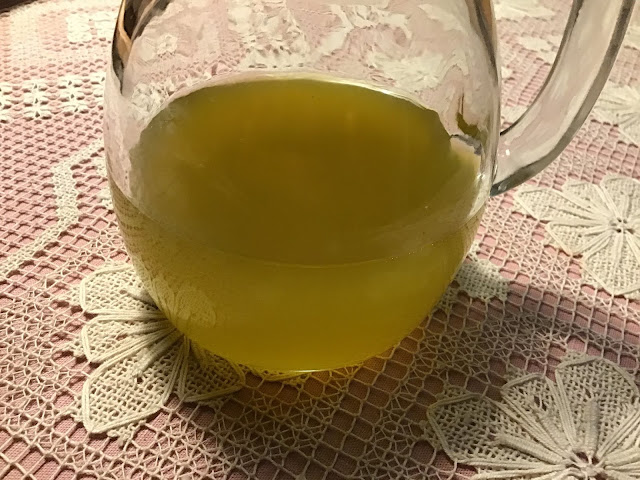 The bells the bells

Despite continuing sunny days, temperatures in the low 20s and no need to light the stove in the evenings, it is late October and we know what happens then.  I heard a bell ringing on the mountain behind us a few days ago, I wasn’t sure what it was and hoped it was one of the hunting dogs gone astray.  Today the sound is closer and I can confirm it’s the cows.  They live high in the mountain during the summer, when we went to the mass they were at the very top, but as the year progresses they make their way down to our level seemingly in order to drive me crazy.  I hate the sound the bells make, it’s a miserable loud clank clank, I hate them being outside out bedroom chiming through the night and most of all I hate the fact they confirm that winter is coming.
Lets not dwell on that, we are still having fun.  We’ve had friends from Yorkshire to stay for a few days, good company, nice trips out and lots of chat.  We have yet to pick the olives, not so many this year and we may need to find someone to chum up with as we won’t have enough for a mill run.  Our village frantoio has closed down, such a pity as it was fast, efficient and accommodating when we didn’t have a large crop.  They said people prefer to buy their oil cheaply in the supermarket.  That’s ridiculous, if it’s cheap it’s no good and what can beat your own pure fresh oil or the delicious smell from the mill while the olives are being processed.  Now we have to travel to find a mill, we used to have two in the village both now gone.
Mr FF is still building walls in the orchard.  I am gardening as always but now in preparation for leaving.  We still have tomatoes, I’ve overdosed in figs.  It’s all as it should be even if the bovine campanology doesn’t suit me.
Posted by Jennyff at 14:00 3 comments:

Time for a leak

Yes it’s annual water leak time, you didn’t think we’d get away without one or two this year did you.  Giovanni called recently to tell us there was water on the road near his house, the route the pipes take to the houses.  Mr FF firstly had to take a brush cutter to fight his way into the scary chamber that houses all four meters, ours was spinning when the water was off and so was our neighbour Anna’s, she was away at the time.  He dug beside the road, found the leak and fixed it. It wasn’t ours it was Anna’s, so he still had one to find,
Over the years he’s put in various stop valves to isolate sections of our pipe and help locate any problem.  This leak of course was in the horrendously overgrown gulley behind our house. 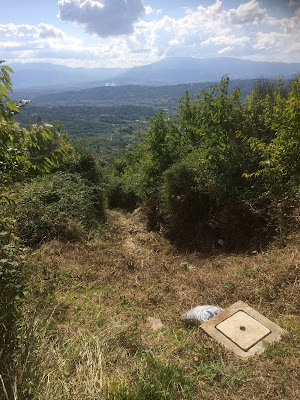 He spent the best part of a day cutting back the thorns and branches to clear the route but still couldn’t find a tell tale damp area.  Next day we both walked up the gulley listening for running water and eventually found the leak, the hole in the pipe was on the low side and water was draining directly into the ground, you can see how much in the video below
All fixed for now.  In the past we haven’t worried too much about the lost water as the authority won’t send anyone into the pit to read the meter and they have charged us very little, though this year we have already paid 100 euro.  However speaking to Pietro who has a house in our road that is barely used for 4 weeks in the year, he told us he’d had a bill for 400 euro recently.  He said he’s not paying it and I don’t blame him.  We are responsible for the leaks between the meter and our house, the pipes are badly installed close to the surface and directly onto rocks that puncture the plastic pipes, our water comes directly from source with no treatment and no checks on quality, they should be paying is to drink it.

This pretty dish was a gift from an Italian friend many years ago, I like it a lot as it features one of my favourite fruits. 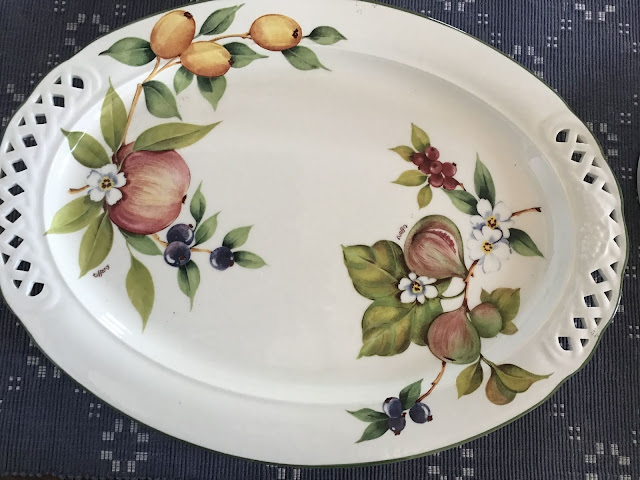 We have three fig trees in our orchard, one is the green variety that fruits early summer, I find these a bit boring,  the other two are brown ones that are coming ready now which I love.  Just as soon as the fruits start to ripen I eat them immediately straight from the tree.  If you’ve never had a ripe fresh fig still warm from the sun you’ve missed one of life’s great pleasures.  Some years I make jam which is good but usually I can eat as many as the trees can provide. It is possible to consume the whole fruit but I prefer to split them open, firstly to admire them then to check they are clean inside. 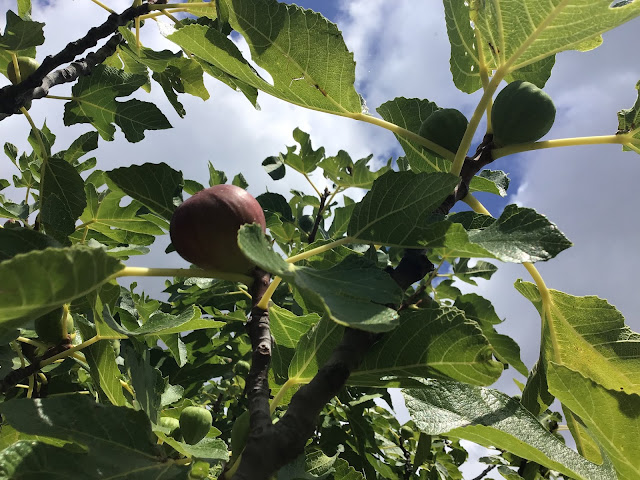 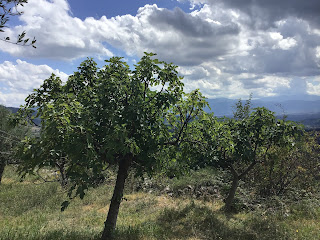 Not only is the fruit delicious but the trees are both beautiful and undemanding.  They never seem to suffer from disease or infestation, they don’t grow too big, I don’t prune mine or give them much attention but they never fail to bear fruit.
It’s such a productive time for fruit now.  I was at my neighbours recently and he sent me home with a big bag of his plums and told me that the strawberry grapes which I love will be ready in a week or so.  He showed me his three vines all loaded with fruit and I’m sure a lot will arrive here, Giovanni knows how many I can eat.
Posted by Jennyff at 10:21 1 comment: