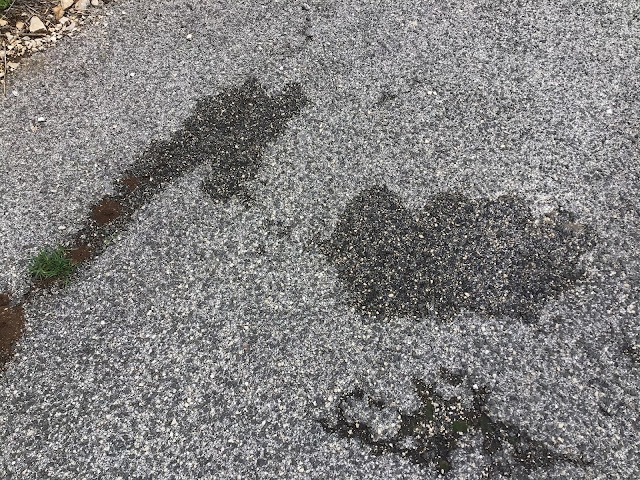 Soon after the warm weather arrived our latest water leak became visible, in the road just outside the house.   A white transit van came into the road, turned at the hammerhead at the bottom and drove back, it may have worsened the leak by driving over it because we spotted the patch of damp later that day. 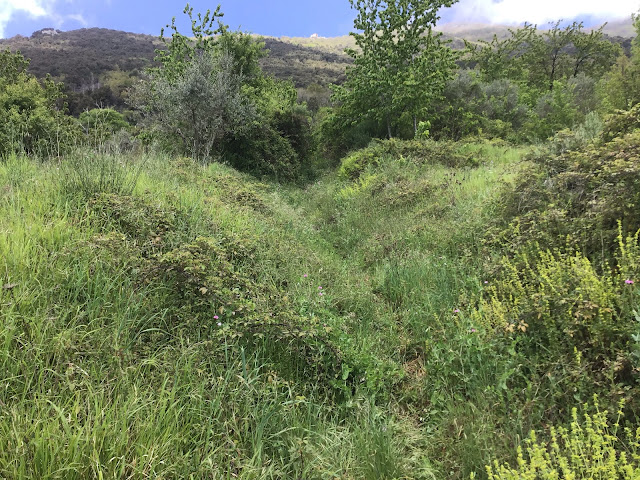 This is the gully where the pipe comes down the mountain, you can imagine Mr FF was quite relieved the burst was relatively easy to locate, he could have been lost up there for days. This is only half the distance our pipe travels from the meter,  first it visits the little sports ground, it used to go under the concrete foundations of the notice board but Mr FF diverted it when we had a leak under the board, now it goes round.  The pipe travels along the side of the road to Giovanni’s for a while,  not far below the surface so anyone working on the olives might park their car on top of it and cause another burst. It then comes down the gulley which is where Anna had her latest leak and we’ve had a few. 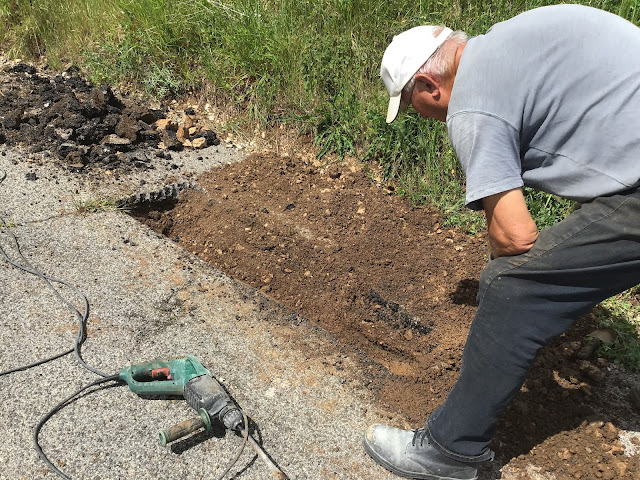 Actually the dig was bigger than expected, at the lower end of the patch of water, so Mr FF had to go back to the builders yard for more asphalt to repair the road and sand to make a protective bed around the pipes.  This leak occurred when stones got lodged between our pipe and our neighbours piercing the plastic, because the bright boys who carried out the original work didn’t bother with such minor details as protection simply whacking in the pipes as near the surface as possible amongst sharp stones and boulders. Vibration of the pipes, loads placed on them, tree roots, animals all move the rocks about and when they press on the pipe they make holes. 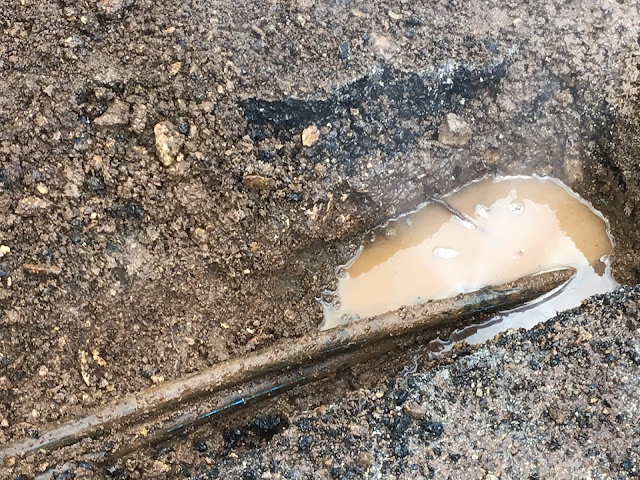 A quick botched job has resulted in many years of problems, a lesson to be learned though I expect the twits who installed these are long gone. 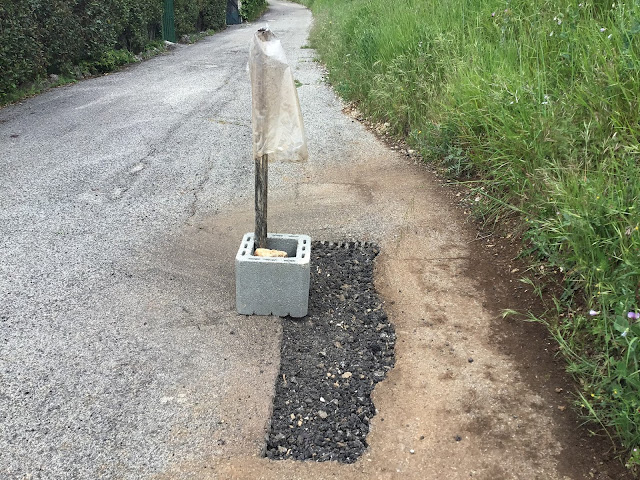