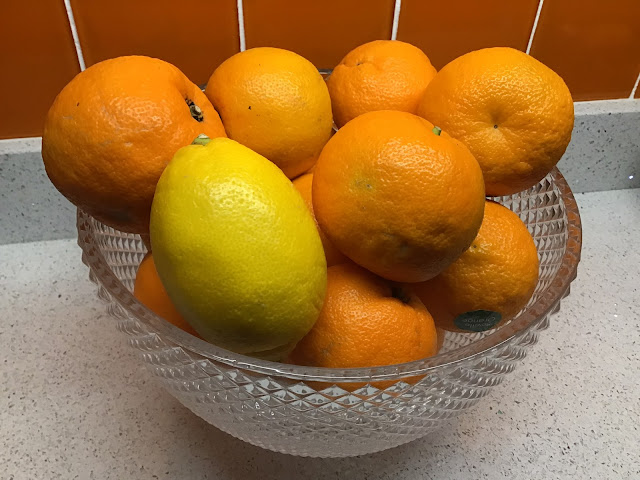 I was keen for Seville oranges to arrive in the shops and as soon as they did at the end of last week I bought some.  Last January in Italy I wasn’t able to make marmalade, they make jam with their sweet oranges but there is no marmalade per se so I wouldn’t have found any bitter oranges even if I’d been allowed out of deepest lockdown. 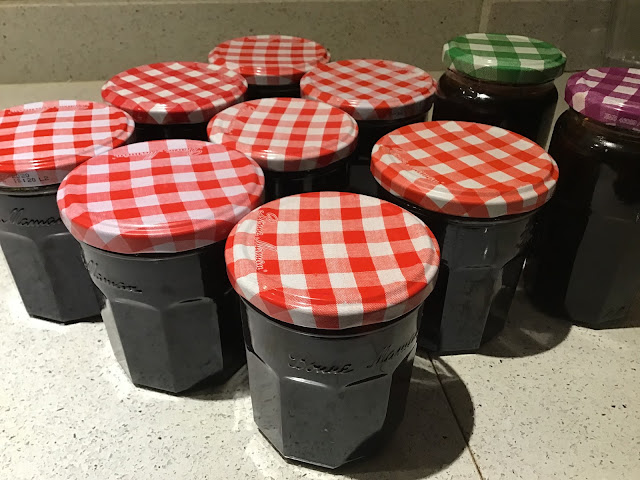 I used 1.5 kilos of fruit and just over 2 kilos of sugar, less than the recipe recommends, I am delighted to have 10 jars of dark bitter conserve. 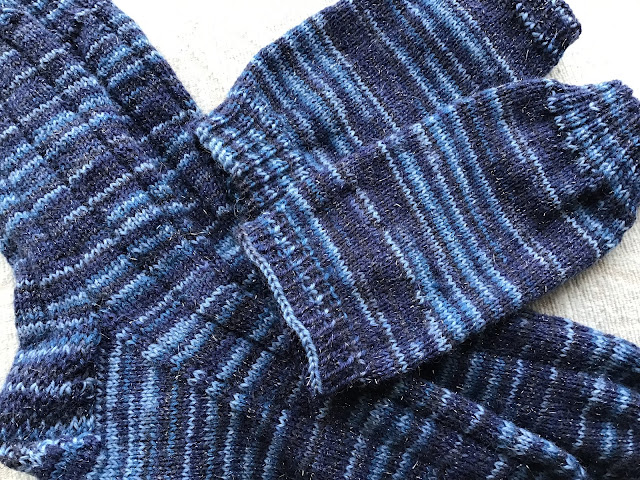 I have been knitting too.  I received this sparkly West Yorkshire Spinners yarn as part of an exchange for a few knitted items, enough for socks and mitts, thank you Pat I would never had chosen this yarn but I do like the twinkle on a chilly dull day and surprisingly the yarn is very soft and not at all scratchy despite the silvery thread which is hard to capture on camera. 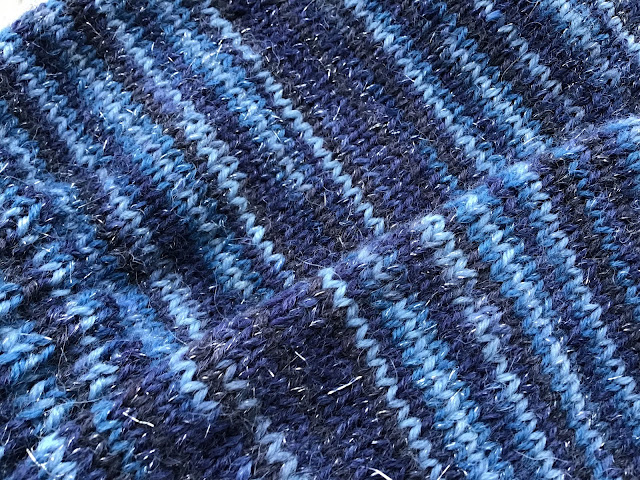 Now I’m knitting a scarf in Stylecraft You and Me dk.  If I hadn’t found a bag containing 1000g of this yarn in a charity shop for a few pounds I wouldn’t have considered anything that consists of 80% acrylic and 20% cashmere effect Polyamide, whatever that is.  Generally I don’t like man made fibres I support the sheep but this is knitting up well and feels pleasingly soft. 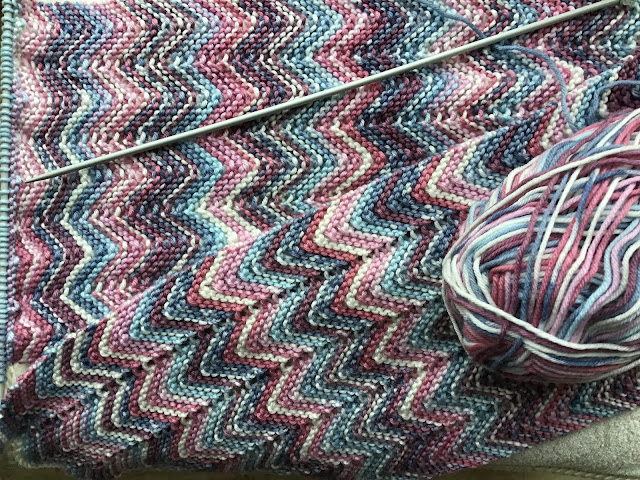 Best of all using the ZickZack pattern, a clever single row repeat that gives a great effect, my scarf looks amazingly like something from Missoni, the luxury Italian fashion house.  The examples below cost almost £200 each, mine should work out at less than £2.00. 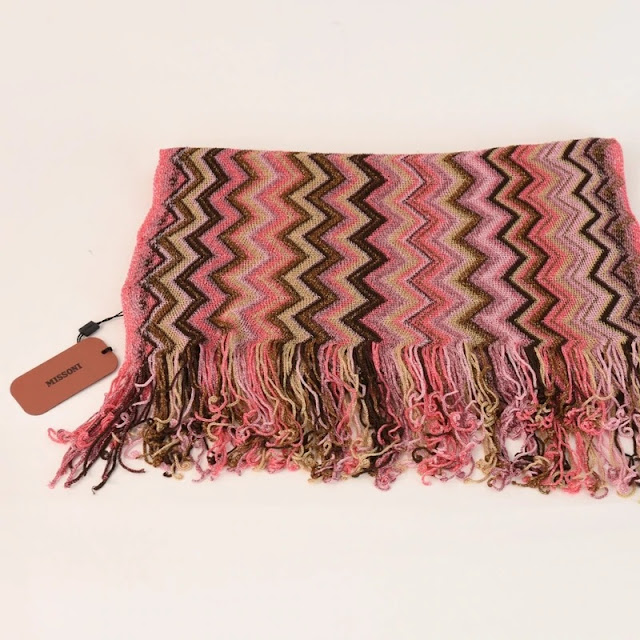 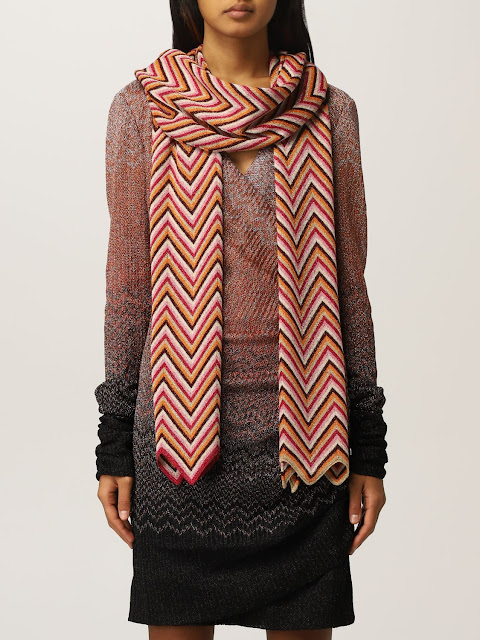 Finally I haven’t forgotten that I said I would start early making the little Christmas stocking decorations for next year.  11 days into the new year I have two, I am on target, for now.
Posted by Jennyff at 12:34