We are all hot now

This week so far has been incredibly hot, around 30 degrees and forecast to be even hotter next week. However it’s not the right kind of heat, not blazing bright sunshine it’s unusually overcast, humid and oppressive, the valley is hazy, it’s the kind of heat that totally saps your strength.  Sometimes we have thunder and if we are lucky about 10 big fat drops of rain, it feels like we need a good storm to clear the air, settle the dust and energise us.

Since we keep hoping we can to return to the U.K. we haven’t put up the plastic pool so we are cooling under the solar shower.  And no MrFF hasn’t installed the modesty screen yet, I wear my bathing costume he lives a little more dangerously. 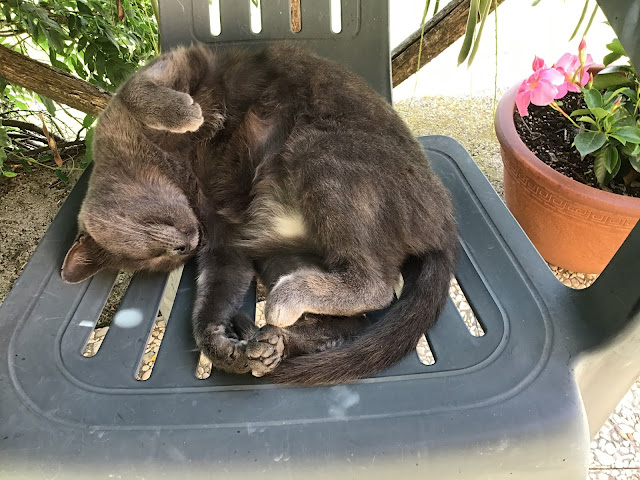 The cats are permanently outside, they don’t become active until around midnight, romp about all night and sleep all day, they can barely be bothered to come inside for food.  I’ve made sure there are plenty of water stations around the garden. Grigio is particularly keen on this chair, under a tree it’s shady all day and gets some breeze in the evening, smart girl. Enrico is usually to be found under a shrub stretched out on the soil. 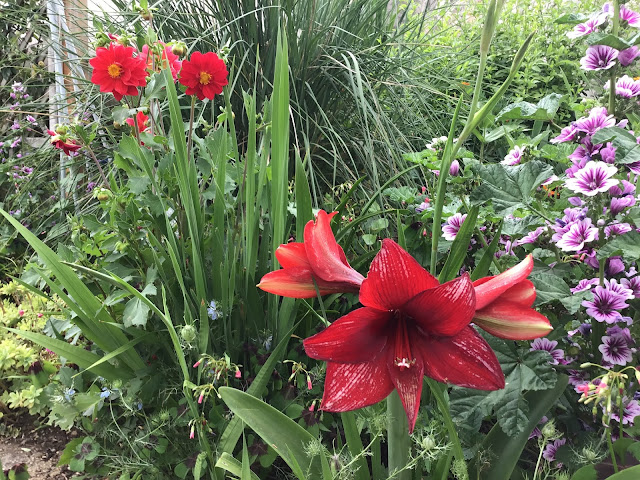 Speaking of the garden, it’s very happy now the irrigation is turned on. My amaryllis is flowering, 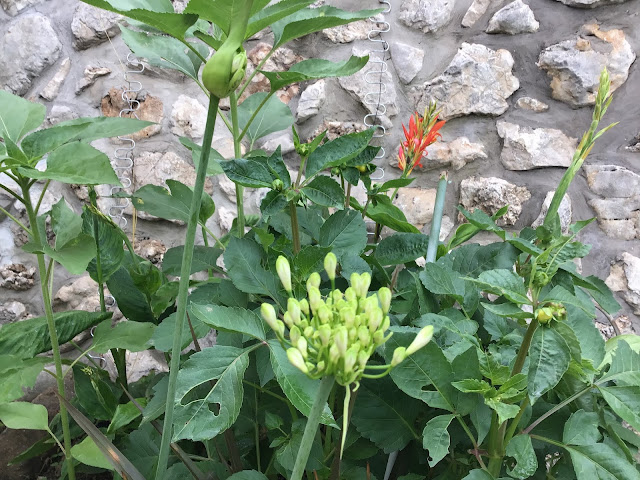 the beautiful white agapanthus is opening slowly with lots of blossom, dahlias flowering, 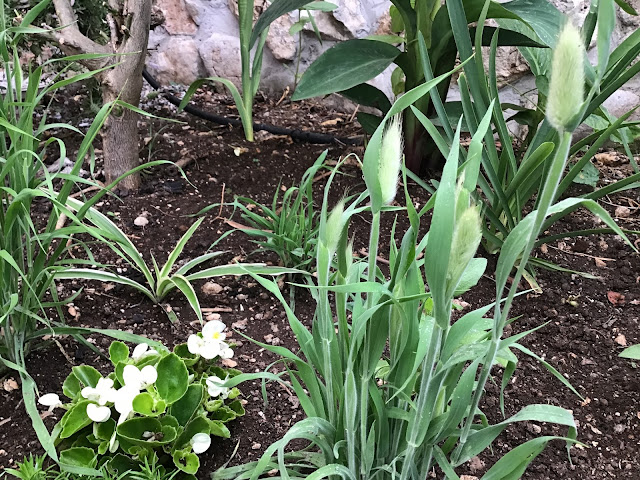 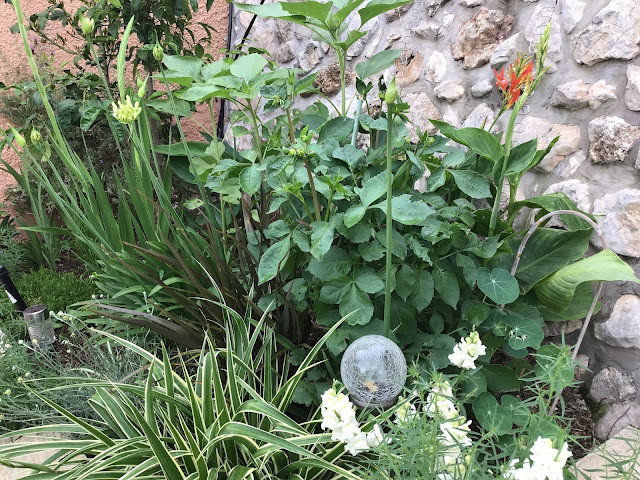 The borders have filled up nicely and the umbrella grass cuttings I stole from outside the doctors surgery have both rooted and sent out strong new shoots. 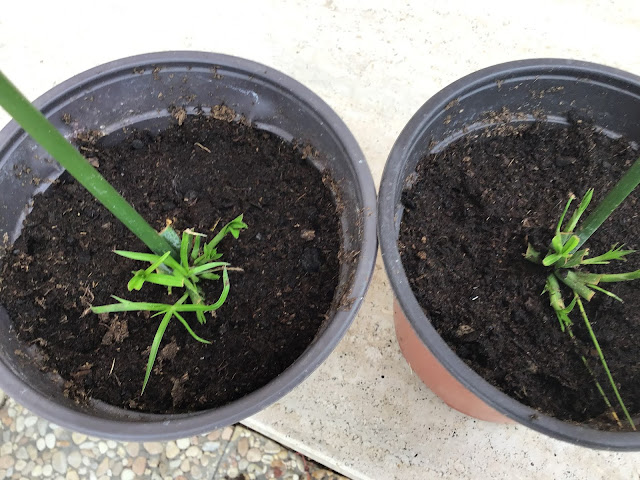 Speaking of doctor, after a third antibiotic which was only taken twice, one evening and again the next morning, MrFF is much improved and back to the day job.  He’s repairing and repointing more wall.  Sadly this stretch involved the removal of some wisteria, that didn’t please me but I know the wall will look beautiful when it’s done.