I wasn’t feeling positive about going for our second vaccinations on Friday as we hadn’t receive any reminder, the first appointment was confirmed by email.  I booked both our first and second sessions in March, the June date for dose 2 was scribbled on the details we were given confirming we’d had the first.   I tried to check the appointment on the health board website just in case there had been a change but that wasn’t possible.

So we turned up about 15 minutes before my appointment, I was first MrFF 10 minutes late.  We weren’t checked off on any list when we reported to reception just given a two page document to complete, tax code, phone number twice, when we had the first dose, all the usual stuff.  We then joined the standing queue outside the treatment room to be told by the man next to us that they were running late, his appointment was at 10.30, ours 11.10 and 11.20.  We waited about 50 minutes to be seen, maybe longer because first we were told we could queue behind 2 other people just outside the door, it was a relief to know that we were on the list, then we were moved into the anti chamber before finally being told we could go in to the treatment area together.

It was the same nice people we met last time, including the elderly man who loves Edinburgh again sitting behind a huge journal entering our details by hand.  MrFF mentioned that he had some medication to take, he’s been suffering from a urinary tract infection that hasn’t shifted with anti biotic so the doctor has given him a different treatment, just two doses to be taken one at night before bed and the other next morning.  He mentioned this in case it was relevant and they advised him not to start the treatment until Monday night and take the second dose a week later.  He said this was contrary to his doctor’s instruction and also the chemist but they were insistent.  If I wait until a week on Monday to complete the treatment I might be dead MrFF joked, well then your wife will have a young boyfriend was the reply.  I laughed and said that was true and he might be an Italian.  I’ll see you next week said the handsome young doctor.  I’m always up for a bit of flirting, it may not be acceptable nowadays but we all knew it was harmless fun, no one was offended.  Those boys need a laugh doing that job for months on end and I took it as a compliment.  We left smiling, thanked them for being so kind and have had no after effects whatsoever from the vaccination. 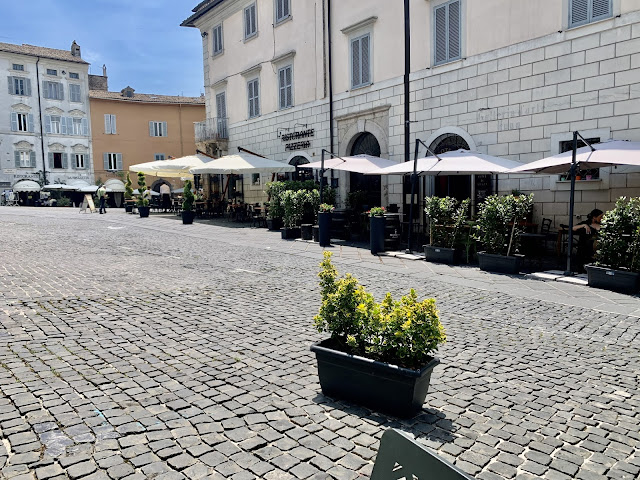 Again we went up to the church square for coffee and pastries. The deserted empty space where we sat in March had been transformed.  Lots of tables and chairs outside, beautiful flowers and best of all people, it was a joy to be there. 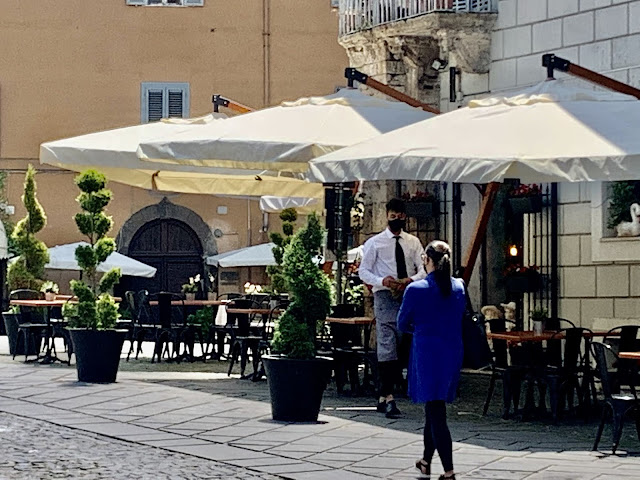 Then I spotted a wedding, well actually just a young bride and groom coming down the steps of the church. 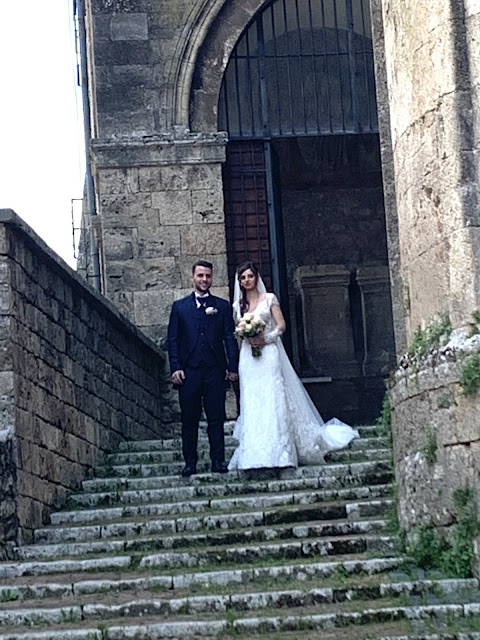 Suddenly from around the square a crowd of well dressed people appeared applauding the couple and throwing rice.  Presumably only the bride and groom could attend the service while family and friends waited outside, I hope they were able to have some celebration together.  I love an Italian wedding, the bride often a little pouty posing like a supermodel at least for one day, the guests dressed to kill, men in sharp suits and women in evening wear, wonderful events. 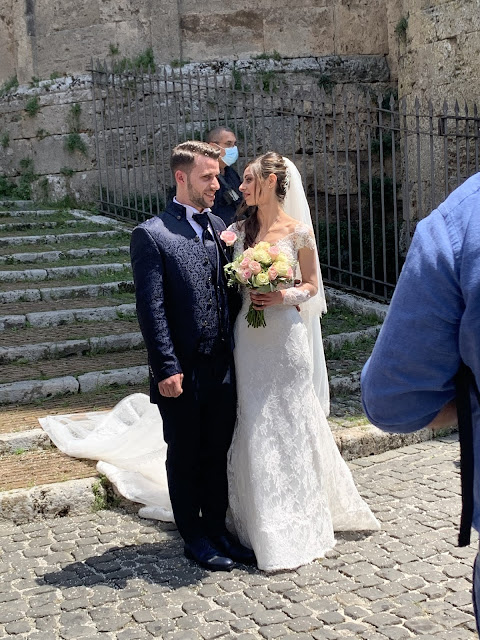 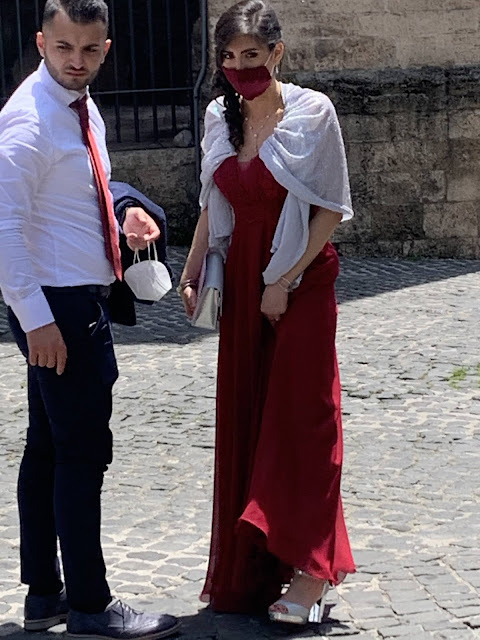 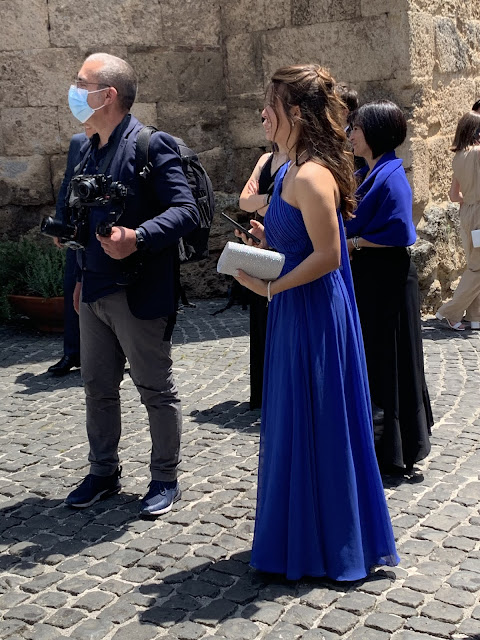 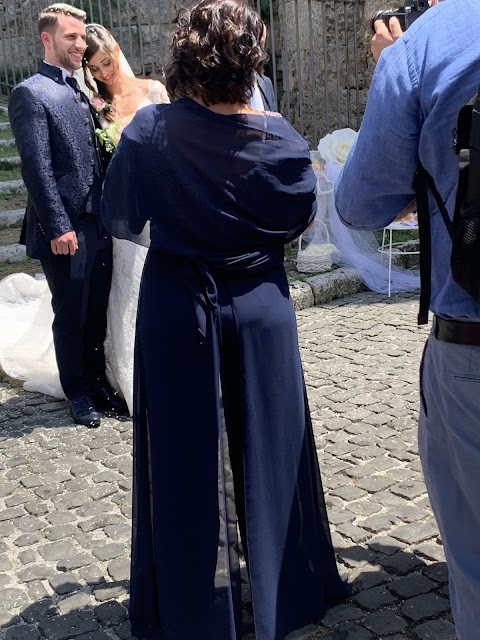 How almost normal it was, we are relieved and grateful to be fully vaccinated, to see the town coming back to life and to witness a happy event.  If feels as if better times are returning, speaking of which we will wait 14 days for our vaccinations to be fully effective then start to think about returning to Yorkshire for a while.
Posted by Jennyff at 07:41