Fired up for February

As every I am delighted that January is over, I’m calling last month dry cough January because of the awful virus that laid me low for 3 weeks and the fact that as a result I stopped drinking alcohol on 02 January. So far so dry, it’s not a life changing decision, I shall in moderation be knocking back the local vino in Italy but for now I’m not missing the hard stuff at all.
Much as I wanted January to be over I was rather apprehensive as on 01 February I had an appointment at the dentist for 3 new crowns,  I had agreed to get these all done at once, two at the back on the right one up one down and one at the back on the lower left.
It was an uncomfortable and lengthy experience but my dentist and his nurse were so kind and thoughtful, the worst is over.  I go back in 2 weeks to have my permanent crowns fitted and will be almost £2,000 lighter.  I may also be lighter myself as I am more or less on a soft food diet and its taking me so long to carefully chew anything I am eating less.
This morning Mr FF and I went to the Industrial Museum in Bradford which apart from being very interesting in itself was having a wool event with stalls, demonstrations, even some alpacas. 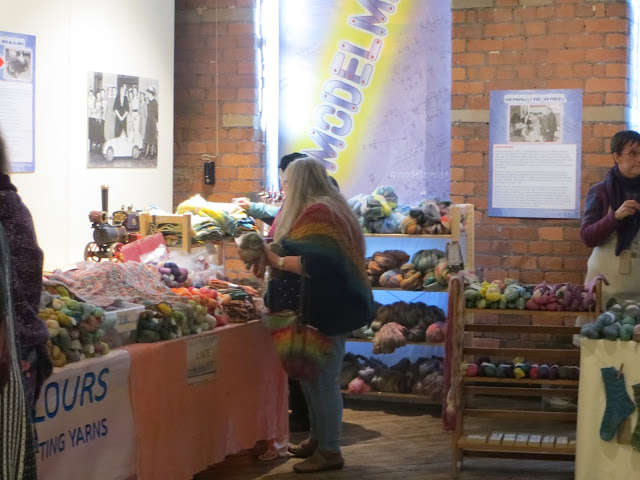 Delightful as the yarns were I resisted bringing any home but I was totally inspired by the beautiful knits on display and enthused to knit with British yarn.  Fortunately the wonderful West Yorkshire Spinners are not so far away and produce yarns reared sheared and spun within spitting distance of the penthouse. 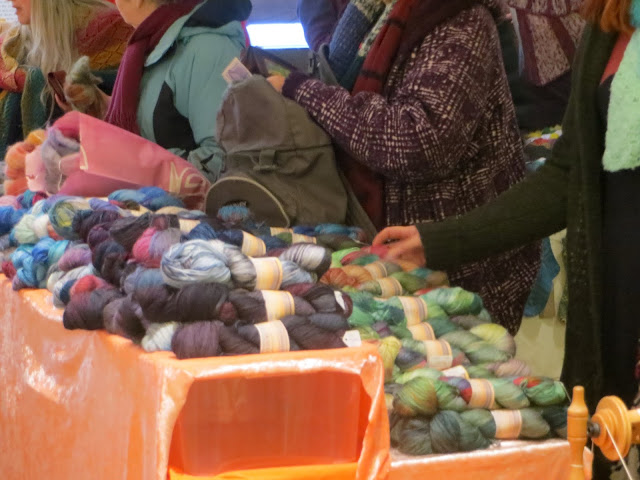 On one stall I found myself standing beside a lady admiring some colourful and lacy fingerless gloves.  'I'd love to be able to make these' she said, I replied that I was sure she would be able to do so, they didn't look that difficult.  'But I can't knit' she replied, 'I'm cack handed'.  Such a wonderful and bluntly northern expression that means clumsy.
The museum has a vast collection of old machinery from the days when West Yorkshire was the centre of the wool industry, some of it still operational through not productive. 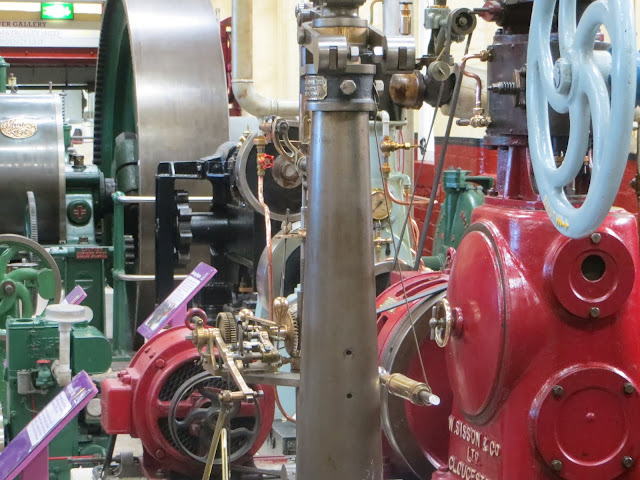 You really got an impression of what it must have been like to be employed in the mills, children started around the age of 12, in dusty, noisy and dangerous conditions working long hours to hand over most of their wages at the end of the week to support the family. 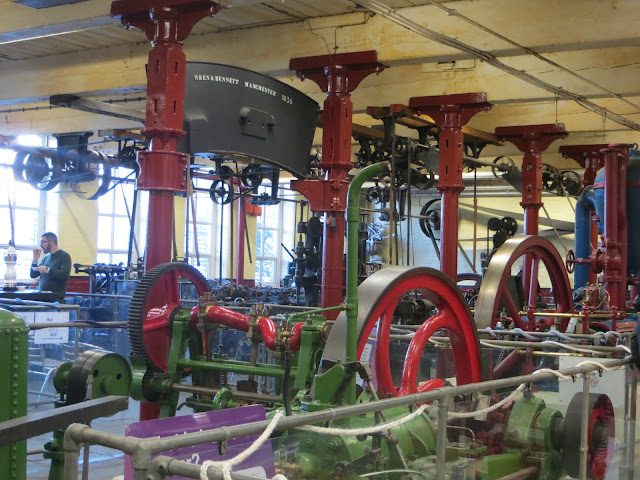 Much of the equipment was manufactured at local foundries, so much industry and employment now all gone.  Note the yarn bombing, it was everywhere. 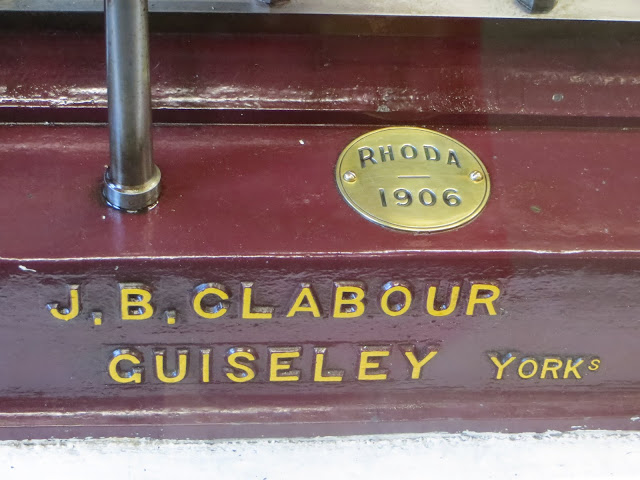 And it wouldn't have been a Yorkshire event without a brass band.  All this for free though we were more than happy to make a donation to this brilliant museum. 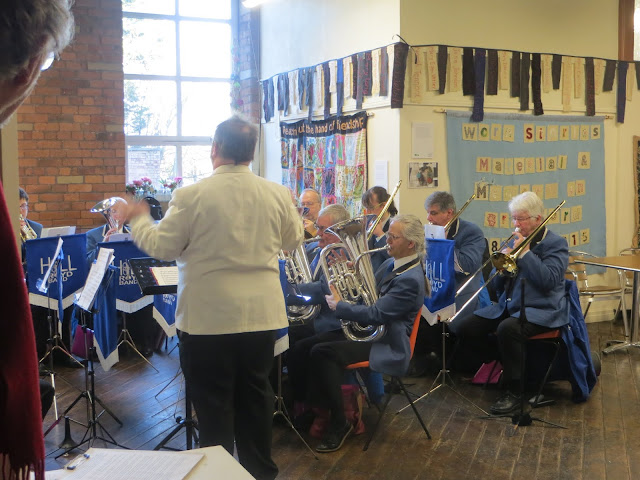