A quick up date

Not a lot of progress this week, the early part of which was wet and dreary.

The Logman now says he will deliver next week.

The technician says he might come next week to look at our fridge freezer.

The comune despite saying over a week ago that they would issue our residency have not and since there are only a few days each week when we can register our S1 forms we are running out of time before the year end.   Mr FF has been chasing, even an official acknowledgment would suffice and the website says it takes only two days for an application to be decided.   We originally applied at the end of September.  I am of the opinion that the more we ask the less they do and it’s all a game.  The time it took to write and tell us they would issue the documents could have been spent actually issuing the documents.

However, the sun has returned, blue sky and some heat though most mornings there has been a dusting of snow on the mountain top.  We ate breakfast outside yesterday and today, it’s light until 5 pm.  Still a lot to enjoy amidst the chaos. 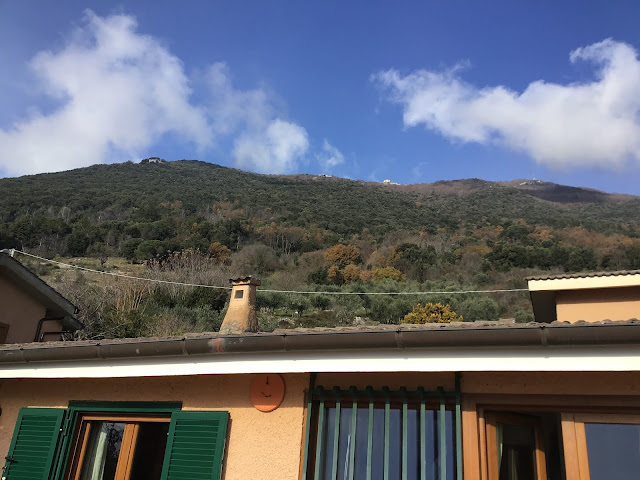