Our garden is doing so well this year, flowers fruit and vegetables.  We are the envy of our neighbours when we deliver them bags of assorted produce though we don’t mention that it may have something to do with our lack of involvement for the first half of the year and the delay in planting.  When we went to buy our veg plants late in the season the choice was limited and we thought we were taking what no one else wanted.  It’s quite the opposite, for example we would never have chosen the only type of tomatoes on offer but they are fantastic, healthy, heavy croppers and really tasty.

It’s a joy to have an endless supply of fresh veg, even if green beans are on the menu most evenings. 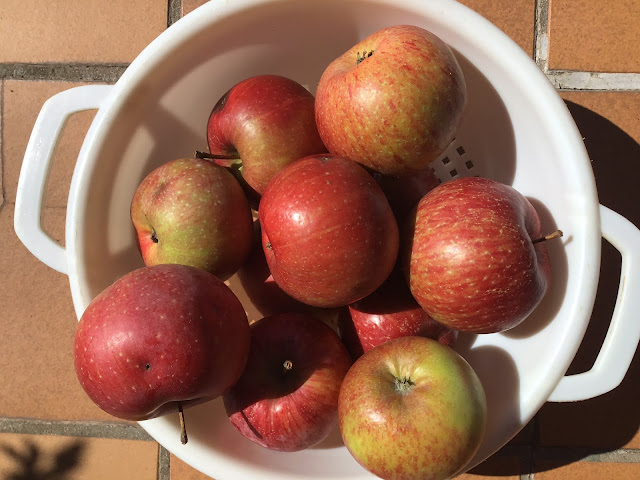 Fruit has been good too, our best year ever for apples, many of which I’ve given away with a few left on the ground for the porcupine who touch wood is giving my flowers a rest.  The figs are ripe and mostly eaten straight from the tree by me, pears are not great. 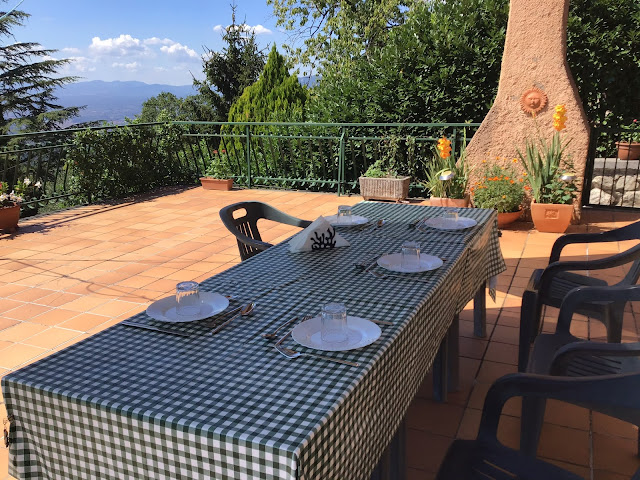 We had friends here for lunch on Monday, they were so complimentary about the garden and our outside space, we were so pleased.  And of course I made another apple crumble with plenty left over for another day. 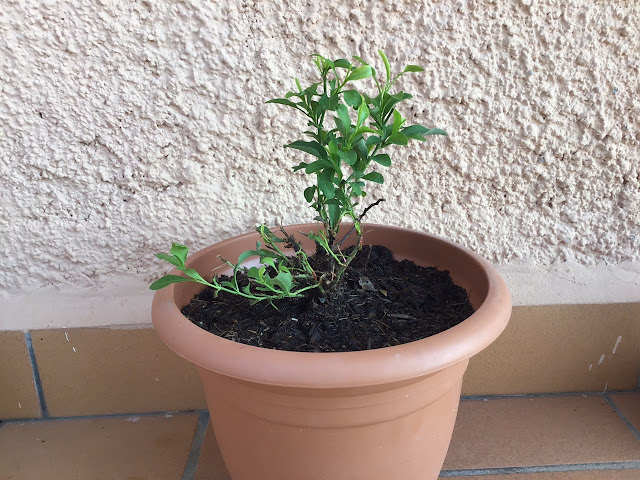 And after my yucca find I spotted at the side of the lawn a self seeded plumbago, a long way from the parent plant.  I think it’s been strimmed a few times when Mr FF has been edging but still plenty of growth, it’s potted up for now, another example of the garden thriving on neglect.